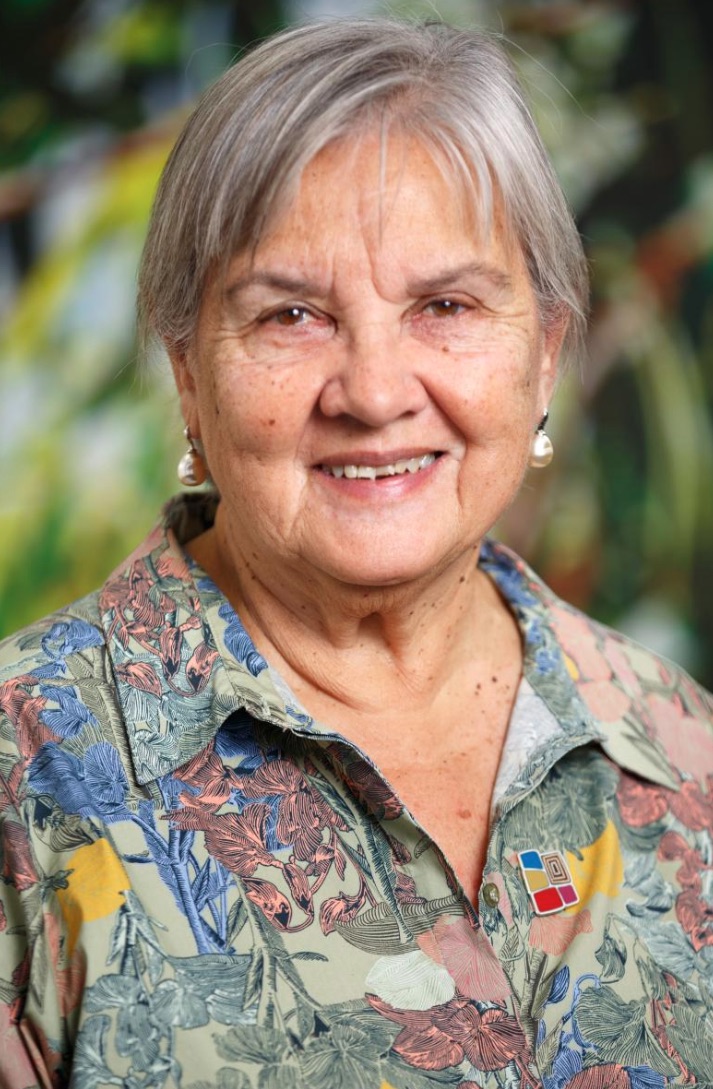 Ms Pat Anderson is an Alyawarre woman known nationally and internationally as a powerful advocate for the health of Australia’s First Peoples. She has extensive experience in Aboriginal health, including community development, policy formation and research ethics.

Ms Anderson has published many essays, papers and articles, including co-authoring with Rex Wild QC of Little Children Are Sacred, a report on the abuse of Aboriginal children in the Northern Territory.

In 2007, Ms Anderson was awarded the Public Health Association of Australia’s Sidney Sax Public Health Medal in recognition of her achievements. She was awarded the Human Rights Community Individual Award (Tony Fitzgerald Memorial Award) in 2012 and the Human Rights Medal in 2016 by the Australian Human Rights Commission. In 2019, Ms Anderson was named a Menzies School of Health Companion in recognition of her exceptional contribution and support to the continued development and success of the Menzies School of Health Research.

Ms Anderson won the public policy category Australian Financial Review and Westpac 100 Women of Influence Awards in 2015, and in 2018, the National NAIDOC Committee recognised her life-long contribution with the Lifetime Achievement Award.

In 2013, Ms Anderson received an honorary doctorate from Flinders University. Edith Cowan University conferred on Ms Anderson a Doctor of Medical Science honoris causa in 2017. The University of New South Wales awarded Ms Anderson an honorary Doctor of Laws in recognition of her advocacy of social justice and lasting change for Australia’s First Peoples. In December 2019, the University of Melbourne admitted Ms Anderson to the degree of Doctor of Laws honoris causa in recognition of her exemplary, inclusive leadership, her forthright advocacy for the advancement and recognition of Indigenous communities and voices, and her highly distinguished contributions to health research that benefit not just Aboriginal and Torres Strait Islander peoples but the nation at large.

Ms Anderson was appointed Officer of the Order of Australia (AO) in 2014 for distinguished service to the Indigenous community as a social justice advocate, particularly through promoting improved health, and educational and protection outcomes for children.