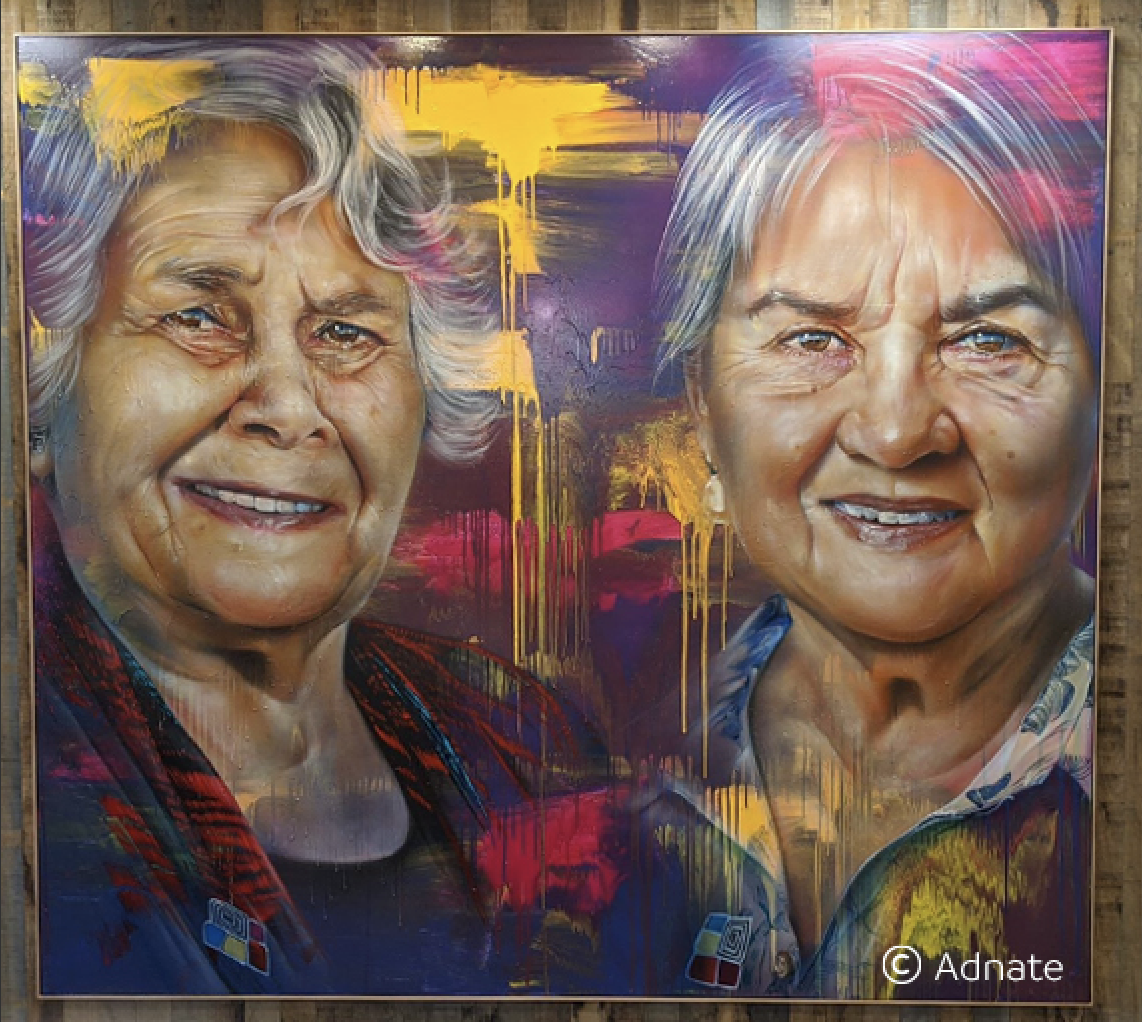 The artwork depicts two national leaders whose vision, drive and courage have profoundly influenced the fight for social justice and equity for Aboriginal and Torres Strait Islander peoples.

Both Lowitja O’Donoghue AC CBE DSG and Pat Anderson AO sit at the heart of the efforts by Australia’s First Nations to address the barriers to the improved health and wellbeing of their communities. They have worked fearlessly for change, matching words to action and driving tangible results.

When Lowitja O’Donoghue agreed to have the Lowitja Institute named after her, she entrusted in the organisation her spirit and energy, her values and priorities.

Pat Anderson has guided the organisation as its Chairperson to embody Lowitja O’Donoghue’s spirit. Under Pat’s stewardship, the Lowitja Institute has fundamentally changed how Aboriginal and Torres Strait Islander health research is conducted in this country, placing First Nations knowledges and leadership at the centre of the work.

This artwork is placed in the heart of the Lowitja Institute’s office in Narrm (Melbourne), on the traditional lands of the Kulin nations. It was unveiled on 25 June 2020.